“The good life is a process, not a state of being” Carl Rogers 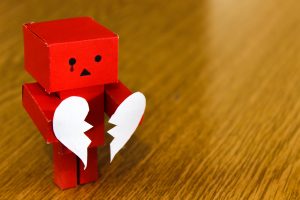 Share this story with me please, I met a young Christian girl whom we will call Philomena (not her real name) who came to me for counselling reluctant but encouraged by her friend. Her story begins with the fact that her father had always wanted a male child so that when she was born, he rejected her and told her “I don’t want you” this made her try to do well in school excel in anything she was asked to do only to hear again and again “you are useless” “I don’t want you” “you are a mistake” then as a young girl she was teased by class mates because of her physique particularly as a teen when her self-image was being formed. Since her father couldn’t be bothered to build self-confidence insisting that she was unwanted, she followed the wrong gang influenced by her peers and the result was alcohol, cigarettes and in one of the parties she attended she was raped.

Moving onto the University Philomena had an encounter with Christ in 100 level and began to attend fellowship and sing in the choir. No one knew about the shame and pain of rejection she carried about until she graduated and went for NYSC. At her place of primary assignment, she met a young man (Andy) who had no idea about her past rejection having come from a well knitted family. He didn’t understand her constant sinking into depression and anger yet he loved her very much and knew that God had a plan for their lives. Her frequent outbursts which were now always directed at him became too much for him to handle as he would plead with her whenever things didn’t go well and each episode would last for hours or even days. They would make up but the reprieve was only temporary before she was at it again. Both of them didn’t know that she was responding to the negative male encounters Philomena had first with daddy then with the rapist. She tried to talk to Andy about it but couldn’t bring herself to give him all the details. After all her friend Shade had done the same in her relationship and the young man rejected her and walked away.

Well along the line Andy moved on not being able to cope with the tension in their relationship. This was another rejection for Philomena who interpreted this to mean God has also rejected me. From here she fell into a spiritual arrangement and relationship with an unbeliever (Randy). This new relationship a huge mistake naturally resulted in him beating her (she thought she deserved it because of who she is), made her commit abortions, her prayer life ended, her reading the word became zero and she couldn’t leave him because he was the only one who accepted her and told her so. Many times he told her she had nowhere to go, no one to tell and that she was too useless to be loved by anyone else.

Though she had a well-paying job, her colleagues observed that she completed her tasks on time, did her work well but was easily irritated with juniors and was ready to issue them a quarry at any time particularly if that person was a male.  For those who were her seniors she was very argumentative and constantly sought to assert herself.

Randy continued to take advantage of Philomena, on the other hand her fellowship brethren believing she had backslidden were not going to have anything to do with her anymore. Am not sure if some of you remember this song we sang as teenagers, a Panam Percy Paul song “is there something wrong with you brother you never come with us anymore we would love to share it with you.”

Philomena is broken battered and bruised, yet she is one of the “daughters of Abraham who ought to be loosed from this her infirmity.”

We are all aware that we live in a fallen world. When Adam disobeyed God the whole of creation came under a new master and that is Satan himself. I like to refer it to a situation where man became born again, Man was initially born perfect, but after the fall he got born again. Rejection was not a part of the original creation, the world was a wonderful place in Eden and that is why rejection wounds men, scars them when they are rejected. The act of rejection refers to pushing someone or something away.

Two significant events are a watershed in human history, the fall and the cross. One however supersedes the other, the cross supersedes the fall yet most believers don’t know, haven’t been taught and don’t live like there was the cross which led to a new life i.e the resurrection. In the words of Ravi Zecharias “ The cross intersects time and space and speaks to the deepest hurts of the human heart.” 1 Corinthians 1:18 tells us that the message of the cross is the power of God to us who are being saved. History was changed by the cross, societies were changed by the cross “This book changed everything” by Vishal Mangalwadi. One of the exchange that took place at the cross is that Jesus took our rejection (Isaiah 53:1-5) that we might have His acceptance. In accepting us, He made us Kings and Priests unto God and His Father, made us a chosen generation, a royal priesthood (1 Peter 2:9-10). We are beneficiaries of the mercy of God, we reign in life through Jesus Christ (Romans 5:17), it’s all about Jesus, about His finished work, about His acceptance so stop trying so hard to received what has already been given. Then to keep us in constant reminder, the Lord Jesus institutes the last supper, communion, Holy Eucharist from the Greek word meaning thanksgiving (Luke 22:14-20) where there is provision of all things at His table with nothing lacking, where it never runs out. This table speaks of Jesus life though we have a tendency to only remember His death only. His (Christ) life is blessed, in rejection that life speaks acceptance, kingly and priestly acceptance. This is a positional provision but we must make them experiential, this is where the problem is many times for most believers.

Walking in the fullness of your position as a believer in Jesus Christ requires three things:

Parents I want to speak to you, BEWARE you “planned” for two children but had this one that was not part of the “plan” remember “children are a gift from God and the fruit of the womb is His reward”  I hear a lot of foolish talk among Christians when I say happy is the man who has his quiver full and they go “it depends on the size of the quiver.” Check your motive for small quiver, it’s either because you think you won’t be able to care for them. Who told you that you could care for a half child if anything like that exists, or that your number of children will hinder your groove (travel round the world, have the good things of life etc) that is just a selfish reason. I also on the other hand do not advocate for careless bringing of children into the world and leaving them to the elements to care for them too. My point however is that as parents we are stewards of God’s gift (children) and we will do well to nurture and not damage them. The words we speak as early as conception have the potential to cause lasting damage to the personalities of these children.

Regardless of what causes rejection, it will affect our relationship with God, our family, our brothers, and sisters and every other interpersonal relationship we are involved in. some of us perceive God the same way we perceive our parents and so many times do not feel worthy to approach our heavenly Father because we automatically expect to be rejected just as we were at home. Rejected parents produce rejected children. Parents who have been victims of the spirit of rejection prior to their marriage will be unable to freely love their children.

There are three different types of rejection which have different symptoms:

The question you probably are asking as a parent/guardian/spouse is that I have already made this mistake of rejection what do I do now? How do I turn this impossible situation around? How does life replace death? I have been rejected, how can I be healed? How can I begin to live life as God planned it for me?

Life I define as the creative force of good which the Lord uses to make our existence productive and make things work properly. Death on the other hand is the spiritual force that makes things go wrong in life. Ezekiel 47:9 speaks of a river where everyone who comes to it shall be healed and live, everywhere the river flows to shall also receive life. Habakkuk 2:4; 2 Corinthians 5:21 tells us that the just shall LIVE by faith. To live by faith means to have the force of life of life manifest in your life so that death is overcome. In anything we do, we are either connecting with life or connecting with death (Deuteronomy 30:19; Romans 5:14; Deuteronomy 6:25). Romans 1:16 tells us that the gospel is the power of God to salvation and then John 3:36 says whoever believes in the Son (Jesus) has eternal life. Christianity actually gives man the nature of God and the receiving of this life is instantaneous (2 Corinthians 5:17-21).

The sustenance of this life however is continuous by being joined to Jesus (John 15:1-7). We find a detailed explanation of sustaining this Christ life in Numbers 21:9 (Amplified) ….and if a serpent had bitten any man, when he looked at the serpent of bronze (attentively, expectantly, with a steady and absorbing gaze) he lived. You may be wondering how this applies to Jesus, John 3:14 “as Moses lifted up the serpent in the wilderness even so must the son of man be lifted up” verse 15 “that whosoever believeth in Him should not perish but have eternal life.”

There is power in the gospel of Christ to set you free, Jesus has accepted you in the beloved (Ephesians 1:6), the life you are living now is the life of Christ (Galatians 2:20). The power of the blood Jesus shed (Exodus 12:13; Ephesians 1:7; Hebrews 9:14, 22; 10:19; 13:12; Leviticus 17:11) the power in the blood is that it wipes away all the limitations and the negative words ever spoken against you but you must constantly, consciously and deliberately agree with what God said He has done for you so that you might see the benefit. Align your words with what the blood is speaking, that blood speaks God’s perfect plan for your life, defending yourself with the blood so you may live. Satan’s voice maybe shouting loud but the blood of Jesus speaks gently and to hear the blood speak, you must deliberately turn to listen.

By the release of the kind of power working on your case “though you are small and insignificant today, you shall become great”

HOW TO BE SET FREE

Christ sets you free no matter how deep the wounds of rejection have carried you.