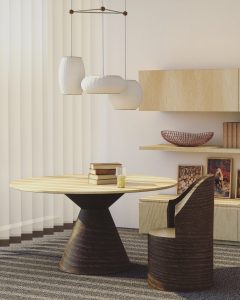 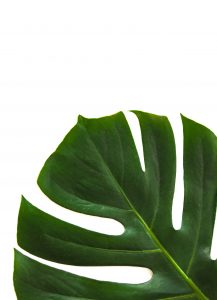 “I wish difficult problems could all be easily resolved through a sincere determination to obey God, regular time in His word and fervent prayer” Dr Larry Crabb

I do this write up based on the quote above, and from a place of deep thought as I observe Christians and the way we live life today. I am particularly worried about the various experience people have gone through and how all of the hurt particularly is well masked, carried onto adulthood until these ones then become parents themselves.

For starters, I had been a Christian before the journey to study psychology, psychopathology, psychotherapy and all the other psychos. One thing that has amazed me is the complexity of God’s creation or to say the least a part of it (the human mind). As a young Christian in school fellowship if anyone had issues we simply advised them to make up their minds to obey God and spend time studying and praying, boom! Everything will just disappear. In a sense, they can, for the heart that is single minded in its commitment to follow Christ will learn to UNSELF-CONSIOUSLY love, to be so consumed with the wonder of God and promoting joy in others that personal concerns retreat to a well-deserved lower priority.

I have however made an all too important discovery, our hearts are deceitful remember Jeremiah 17:9 “the heart is deceitful above all else who can know it…I alone I test the heart.” A simple decision to surrender all to Jesus (remember the song I surrender all) may start a good process but there are a host of hard, ugly things to deal with that we prefer to overlook as we keep on surrendering.

The sad part is that we sometimes manage to persuade ourselves that God is as pleased as we are with our developing maturity, while in fact His Spirit is gently pushing open doors into the darker regions of our hearts that we pretend don’t exist. Sadly we not only pretend to ourselves that this darker side does not exist but we also cover it effectively from the seeing/prying eyes of other brethren who then think “oh what a wonderful brother/sister.”

Christians who have the courage to follow the Spirit into the unfriendly parts of their souls have a harder time pretending that the maturing process is coming on nicely. They face the fact that living in a fallen world sometimes exposes people to experiences that no bearer of God’s image was ever meant to endure and that our reactions to those experiences are deeply stained with our own falleness. I always say that the reality of the believer’s experience is that we all live in a fallen world, however when we come into the kingdom, we have a new life. As a child I remember the “I found it” movement. We should however own our experiences and I am not saying as in the case of abuse that it’s your fault but recognize that you have been deeply stained and don’t play the blame game. Something has affected that image but submit/surrender to the healing that is in Christ Jesus. Its like someone who has a cancer and blames the food they eat, oh yes food can have its part in it but the origin of sickness and disease is the fall.

When people who through absolutely no fault of their own are subjected to terrible crimes against God and against their souls like sexual abuse, powerful forces are set in motion within them that make it especially frightening to give themselves to others. Exhorting them to “just trust God” tends to generate frustration and provoke angry questions about the reality of Christian truth.

One of the great needs of the church today is to replace a model for simplistic sanctification with an understanding of the gospel that is both simple and penetrating reaching with power into the realities of sinful damaged souls. There is a quest in the soul of everyone who has faced the disaster of abuse while in some quarters there is a tendency/reluctance to not face reality others tend to be squeamish about the destructive effects of sin. This creates a dull ache especially during the day when the memories return or at night through dreams.

Several solution have been offered:

DENIAL-BASED FORGIVENESS: forgiveness built on forgetfulness has been referred to as a Christian version of a frontal lobotomy. Some are told to forget the past and stop pitying themselves because many have had worse things happen to them. Others have been told that the past is the past and we have become new creatures in Christ so don’t worry about the things you cannot change. At first this relieves the need to face the unsightly reality of the destructive past but after a time the unclaimed pain of the past presses for resolution and the only solution is to continue to deny. The result is either a sense of deep personal contempt for ones inability to forgive and forget or a deepened sense of betrayal toward those who desired to silence the pain of the abuse in a way that feels similar to the perpetrators desire to mute the victim. Hiding the past always involves denial; denial of the past is always a denial of God. To forget your personal history is tantamount to trying to forget yourself and the journey that God has called you to live. What is the motive of the forgive and forgetters? It may lie in the central question of the heart of the abused “where was God?’ and the desire for “helpers” to defend the “honor of God.”

PRESSURED DEMANDS TO LOVE: many times people who have been abused avoid their abusers. They then are pressured into being nice, not causing conflict and pretending that relationships are fine as the evil charade unfolds.  Under this version of Christianity, the abused person feels secure and dead. There is safety in soul-numbing rigidity that does not require thought, reflection, or risk. But the honest person knows that soulless conformity never leads to life-giving change.

Love is not easily defined nor is it easily executed with a slight twist of the will. Loving ones enemy in particular requires that the heart be caught up in the freedom and power that God instills in the one who is willing to extend grace to the enemy. Love can be commanded but is its fulfilment the exercise of right doing in spite of the absence of passion, desire, or authenticity toward the person who did harm?

Far too often, the abused person is commanded to do good or to love their abuser without exploring the complexities of what it means to love or what may be blocking the God-given-desire to love. The result is often a greater deadening of the soul in order to accomplish the burdensome task or a backlash of rage toward God or anyone who would so insensitively encourage such a painful path. Simply telling an abused person to love his/her abuser is unhelpful even if love is an essential component of the change process.

DRAMATIC SPIRITUAL INTERVENTIONS: I have seen people who are members of healing and miracle ministries primarily assume that sexually abused people are demon oppressed. That their memories are concoction of the demons thereby discounting the validity of the past abuse with a strategy to cast out the demons. I believe in demons and believe that they operate in humans but I also have studied and been a part of the lives of people who have been abused and so will not rush to sweep recollection and the effect of abuse under the carpet of demon operation. In such cases of perceived demonic oppression, the prescribed cure is that of exorcism.

Such quick cures never resolve the deep damage. Instead they offer change that requires little more that lying on the operating table to allow the surgeons do their work.

THE BETTER PATH: the bible offers better ways of hope and change. This way is through the valley of the shadow of death. “Even though I walk through the valley of the shadow of death I will fear no evil for thou art with me.” The journey involves bringing our wounded heart before God, a heart that is full of rage, overwhelmed with doubt, bloodied but unbroken, rebellious, stained, and lonely. It does not seem possible that anyone can handle let alone embrace our wounded sinful heart. But the path involves the risk of putting into words the condition of our inner being and placing those words before God for His response.

Why does abuse make it so hard to come to the Lord for the succor and life our souls crave? What is the enemy to the healing process? In brief the answer is shame and contempt. The damage of past abuse sets in motion a complex scheme of self-protective defenses that operate largely outside of our awareness, guiding our interactions with others, determining the spouse we select, the jobs we pursue, the theologies we embrace and the fabric of our entire lives. This is the primary response of the abused that goes unnoticed, people who are not ministered to and leave meetings or church services empty.

Our Lord Jesus is touched by the feelings of our infirmity because He was in all points tempted like as we are but without sin. This means he was also abused, in fact by the ones He came to save, by His own people, His own race, His own institution the ones He had over centuries delivered from the enemy, prospered, healed etc. these same people despised and rejected Him. When we speak of abuse one area we often neglect is rejection (He was despised and rejected of men…), particularly by family members (being told you were never wanted), broken relationships, divorce, broken trust etc. Jesus went through all of this, He witnessed religious people who should use their power to protect and to heal turn around and use that power to oppress and abuse the people.

Will you surrender ALL to Jesus today? Not a part but all to begin the process as surrender is a constant. As we keep on living, we go on introspecting and keep surrendering. Are you angry and blaming God for what happened to you? Accept that you are angry and are blaming Him and surrender it to Him. He knows about it any way and just wants you to own it and come to Him.