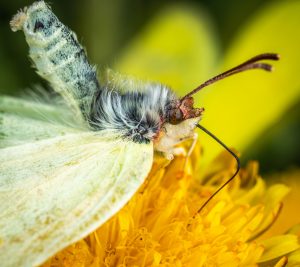 Change is unsettling especially when it’s forced change. Tragedies of some sort happen to all of us but we can learn how to react to difficult changes. Billy Epperhart.

Because of my profession, I regularly meet people at different stages of life who are struggling with change. Change as a result of their choices, change due to life transitions or unplanned change. Change I can say after over 2 decades of practice as a clinical psychologist and a pastor mainly with young people and now with older people doesn’t just happen – we have to work at it. Change from negative choices has to be deliberate, change due to life transition also has to be deliberate while change due to unplanned events also has to be deliberate. The tendency for humans is that we go through life or run through life without stopping periodically to pay attention to the happenings around us. We don’t take time to introspect and critically ask questions….what needs to change here?….how do I sustain the change?

Let’s take the example of lifestyle change, as I write this piece father’s day has just been concluded for the year 2021 with a lot of awareness as someone close to me said. Part of the activities slated for the event was exercise, this I think is laudable however the problem is that such exercise is usually only carried out once in a year during special days like father’s day or when the elders in the church have anniversary celebration again. Effects of exercise is seen after consistent and regular through a change in lifestyle exposure.

Another example of lifestyle required change is in marriage. A lot of focus is on today on this all important institution, I have recently had to discuss in groups and individually the institution of marriage. I find there is a lot in the mindset of the people about this and quite a large chunk of that information came from the social media. My worry many times is that some of those social media people have no faces I wonder about their expertise and quite frankly the marriages are not improving but if what I hear in my consulting room is anything to go by the rate of breakdown in marriage is on the rise.

My last example for now has to do with change as relates to unplanned events in our lives. This can be the loss of a spouse/child/close family member or the sudden appearance of an illness. A couple sought therapy for their child who was mentally ill. In Africa, the stigma for mental illness is still quite high even among the highly educated and this led to seeking other forms of help while the years were passing on. Coping became difficult there were conflicts in the home with the one who should take responsibility not doing so in a particular direction so as to appease and douse the tension.

Change is a process anyone can learn unfortunately we aren’t always taught how to effectively handle change. Change is also risky but we must learn to take that risk.

Changes both good and bad happen to everyone, you cannot escape change!

The bible commands us to change Romans 12:2 and also tells us how to change. The entire process is captured as “be not conformed to this world but be transformed by the renewing of your mind”. The word transformed actually means change and comes from the root word metamorphosis of a caterpillar into a butterfly. The word renew also means to change. The word transformed implies transition a process, many people want to take one giant step to go from where they currently are to where they want to be then when they trip and fall they don’t understand why. This is because they simply don’t understand the nature of change.

Change whether forced or not can bring a load of negative emotions. These feelings are powerful and can knock you off course and cause you to throw your hands up in defeat. Identifying these feelings before they come can help you push through. The first feeling when you experience change is loss and loss does not feel good. Loss of health, job, spouse, dignity and self-worth. If you begin a diet you will feel the loss of sweets and fattening foods, with every change good or bad there is a price to pay.

Change may also bring feelings of conflict that show up primarily as anger. You feel like lashing out at someone, something and sometimes even God! Be careful however that this anger does not paralyze and immobilize you such that even after over twenty (20) years you are unable to progress with life. An effective way to channel your anger is to ask “what actions can I take right now that will enable me successfully overcome this?” as properly directed answers can help propel you to the answers you need.

Another emotion you may feel during change is rejection, you may feel that the world is totally against you or that life has not treated you fairly. You think if God really cared about me I won’t be going through this. You may feel as if no one has ever gone through the pain and suffering you are going through and that no one really understands. This feelings may leave you identifying with your loss and identifying yourself by your loss and failure. “I am a bad husband and father” but you are not the problem, you are not a failure. Problems and failures are simply experiences that occur in your life they are not you. Just as a label on a product is not the actual product, you are not your problems and failures.

I know a man whose son committed suicide while in the university and he labelled himself as an unfit father. He became so overcome with guilt that he is still struggling to function at work and in various aspects of the society today. There is no pretending that what this man went through is hard but he started to see himself as his worst moment. Instead of mourning for himself and his son, he mourned for his son and blamed himself. Things would be different if instead of blaming ourselves we gave ourselves grace to change. When unwanted change barges into your life you need to dissociate yourself from it. It is important that you do not see yourself as permanently connected to it. If you allow it to the failure will eventually fade but you will remain. When you begin to identify yourself by your problems you develop a victim mentality. Victims are always asking “why me” unfortunately there are not always reasons for why things happen. People who see themselves as victims may even lash out at those who are innocent but happen to be nearby! The saying is often true “hurting people hurt people” I say it like this “wounded people bleed on the people closest to them”.

How do we respond to change? We read a beautiful story that still fascinates me in the bible first Kings 3 of change that was forced on two women. One lost her baby because she rolled over on him mistakenly while sleeping in the night and suffocated him. Instead of dealing with her mistake, she exchanged babies with the other woman whose baby was still alive while the woman slept. Change came to both women in an instant. One woman lost her son to death while the other lost her son to a thief. They experienced change they did not desire but their responses were different.

When the two women brought their problem to wise king Solomon he asked that based on the argument between the two women the living baby be brought and sawn in two so each mother can have one half. I have always wondered about this wisdom (which by the way is knowledge applied) until I found that this method was a common procedure employed to settle disputes relating to living things at that time. Well one of the women cried out don’t kill the boy give him to her while the other cried yes divide the child at least we will both have dead children, this helped Solomon to discern the real mother.

These women responded to change differently, one had a victim mentality and struck out to injure the innocent woman when she could have worked constructively through her loss. She put herself and her feelings at the center of the situation asking herself “why me and not her?” she looked for a solution that would make her feel better short term all she wanted was to immediately stop her pain, projecting her problem unto the mother of the living son instead of dealing with it. As long as you are overwhelmed with change you cannot deal with it objectively.

The mother of the living son also had to deal with change, she went to bed a happy woman content with her new born and woke up with someone else dead baby beside her. She could have lashed out in anger at the injustice. She could have lashed out physically by trying to remove her son from the other woman’s arms. Instead she realized the situation was out of her control and rather than center on her pain, she looked for a constructive way to deal with the matter and submitted her problem to the king. When the king threatened to kill the baby she didn’t focus on herself and her pain, she focused on what was best for the baby remaining objective enough to respond correctly. She was experiencing tremendous personal pain yet that did not keep her from effectively coping with the forced change.

Everyone experiences forced change but only those people who respond to it correctly end up stronger after the event. Positive healthy results are not produced unless you make the right choices. When you go through change correctly personal growth takes place. You cannot look at life through the lens of self-pity or despondency and expect to deal with change constructively. To effectively deal with forced change, choose to respond positively. You must be willing to personally grow to meet the challenges that negative change brings. Make it your goal to never sit around depressed, worrying about what changes are going to happen instead choose to stay excited about the new direction your life is taking.

No matter how bad a situation is, we must first accept it before we can move on. Unfortunately there are other ways people respond to forced change. Compromise some people refuse to swallow change and try instead to compromise. Instead of accepting change they merely put up with it and resign themselves to minimizing the effect on their lives. A woman who has suffered a divorce may go ahead to marry again but reserve a part of her heart out of fear of being hurt again. She has compromised with change rather than accept it. She has allowed the unwanted change to capture part of her dignity and damage her self-worth. Accepting the divorce despite her pain and hurt would free her to work through the negative emotions and continue to grow.