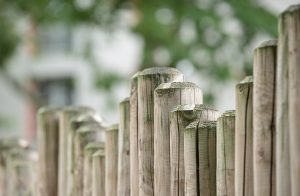 Celine a 25 year old walked into the therapist’s office, a mother of two young children, married to a man who dotted over her, they had been married for the past 7 years. While Celine was happy with being married Mannie, she was crying inside because she felt overwhelmed, inadequate and unhappy. A bible study teacher in Church, grew up with a strict Christian background, never left home until she was married, Celine is used to having everyone tell her what to do and she doesn’t draw the line to insist that there are things she can or cannot do.  She has her parents on one hand insisting on how to be a wife and a mum with the constant statement “that’s not how we raised you” and her in-laws also insisting “that’s not how we do things here” and in church, “this is not how to teach”. Celine now lives with a constant feeling of guilt, wondering who exactly she is, Sundays are particularly not good days for her as she has to struggle with impressing her leaders in church and later on her parents or in-laws depending on who they visit after service. Amid tears she keeps asking “what am I to do”, “who am I”, “am supposed to be happy but am not”………and the list of unanswered questions just goes on.

In life, physical fences separate and usually delineate a boundary in the spiritual world however fences are invisible but you can create good protective fences with your words, distance and time limits set with others around you. The most basic boundary setting word is the word No. it’s a confrontational word that lets others know that a behavior is not ok and I will not participate in that. For some children it’s the first word they learn unconsciously as parents struggle to teach the child the value of safety in a world of harm. It seems however that as children grow up the value of the word NO is lost. This in turn causes untold hardship, sorrow and pain. People get into all forms of negative circumstances that could have been avoided by the word NO.

Words are very powerful, so powerful that they determine life and death (Proverbs 18:21).

NO lets others know that you exist apart from them and that you are in control of you. The bible encourages us to confront one another in Love. Being clear about your NO and your YES is a theme that runs through the bible (Matthew 5:37; James 5:12). No is important in setting limits on abuse (Matthew 18:15-20). We are also warned against giving into others whether reluctantly or under compulsion (2 Corinthians 9:7).

People with poor boundaries struggle with saying NO to the control, pressure, demands and sometimes real need of others. They feel if they say NO to someone they will endanger their relationship with that person so they passively comply but inwardly resent. Sometimes people may pressure you to do something but other times the pressure comes from your own sense of what you should do. People pressure may not always be “real time”, sometimes it is the parent voice inside you speaking to say “you must do….”

Your words help people know where you stand and gives them a sense of the edges that help identify you.

God our creator/father has boundaries and knowing the truth about God and His property puts limits on you and shows you His boundaries. If we form our own truth it doesn’t change who God is, He won’t bend His truth to suit ours no matter how long, how well, or how intently we hold on to “our truth”. When God says you will have what you say, you either define yourself in relation to that reality or continue to injure yourself if you go against it. However there is safety in knowing the truth about God and the truth about yourself. Many people live scattered and tumultuous lives trying to live outside their own boundaries not accepting and expressing the truth of who they are.

Another means of saying NO is to remove yourself physically from the situation. I particularly advocate this in a family situation (spousal/parent) where there is abuse (physical/psycho-social). A temporary distance/separation can help replenish the abused physically, emotionally and spiritually. Such emotional distance is a temporary boundary which will give the heart the space it needs to be safe but it is NEVER a permanent way of living. Removing yourself from the situation will cause the one left behind to experience a loss of fellowship that MAY lead to changed behavior. When a relationship is abusive, the only way to show your boundaries are real is to create space until the other person is ready to deal with the problem. To continue to open yourself to an abusive or addicted person without seeing true change is foolish. Forgive, but guard your heart until you see sustained change.

“The prudent man sees evil and hides himself” Proverbs 22:3

You need to depend on other people to help you set or keep boundaries particularly if you have suffered from years of people pleasing. This is best done through a support group. My working with support groups over the years have shown that it a valuable source of strength and within a loving empathic atmosphere allows people find themselves, become integrated and begin to function afresh. With new life, vigor and the absence of fear that probably plagued the abusive relationship the support system provides the strength to say no to abuse and control.

Taking time off from a person or a project is also a way to take back control and re-set boundaries.

Trespassing on other people’s property carries consequences. “No Trespassing” signs usually carry a threat of prosecution if someone steps over. The bible teaches this principle, setting consequences for certain behavior and teaching us that we need to do the same in our lives. How many marriages would have been saved if one spouse had followed through with the threat of “if you don’t stop drinking” or “coming home late” or “hitting/beating me” or “shouting at the children” I will leave until you get some treatment! Or how many young people’s lives would have been turned around if their parents had followed through with their threat of “I will send you out if you don’t stop smoking Indian hemp in my house”.

In the bible we see Paul establish boundaries in 2 Thessalonians 3:10 when he says that if anyone will not work don’t let him/her eat. God does not enable irresponsible behavior as hunger is the consequence of laziness (Proverbs 16:26).